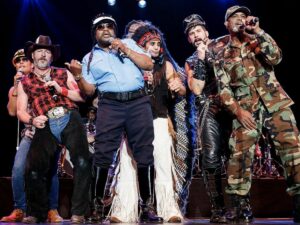 YMCA, the Village People’s gay dance anthem from 1978 is now part of the National Recording Registry. The registry honors old songs and albums older than 10 years old. It seeks to include any that the organization deems to be culturally, historically, or aesthetically significant. The 1992 recording of the Dolly Parton song “I Will Always Love You” by Whitney Houston is among the other records the Library of Congress has announced for inclusion in 2020.

The registry designated the recordings as the “Ultimate Stay at Home Playlist” in recognition of the coronavirus. Running since 2000 only 25 new records are included per year. Lead singer of the band Victor Willis was overjoyed with the band’s place in musical history.

Willis said in a statement provided by the Library of Congress that he had no idea when they composed ‘YMCA’ that it would turn into one of the most famous songs in the world. It is a staple at practically every wedding, birthday celebration, bar mitzvah, and sporting event.

Willis said that the choice to include YMCA in the National Recording Registry came entirely out of the blue and was a complete surprise.

The song “YMCA,” taken from the group’s third album Cruisin’. It became popular straight away. It topped seventeen country music charts and played at parties, wedding receptions and gay bars.

The largest public “YMCA” ever was performed in 2008. It involved 40,148 spectators at the annual Sun Bowl college football game in El Paso. It even made it into the Guinness World Records.

He told him it stood for Young Men’s Christian Association, and that it was an acronym.

Wills and his friends would go there when he was a teenager growing up in a crowded neighborhood in San Francisco. They’d play basketball, exercise there, take a shower, eat dinner, and then go home.

He used that as a starting point for the song’s lyrics. He was recalling what the YMCA represented to him.